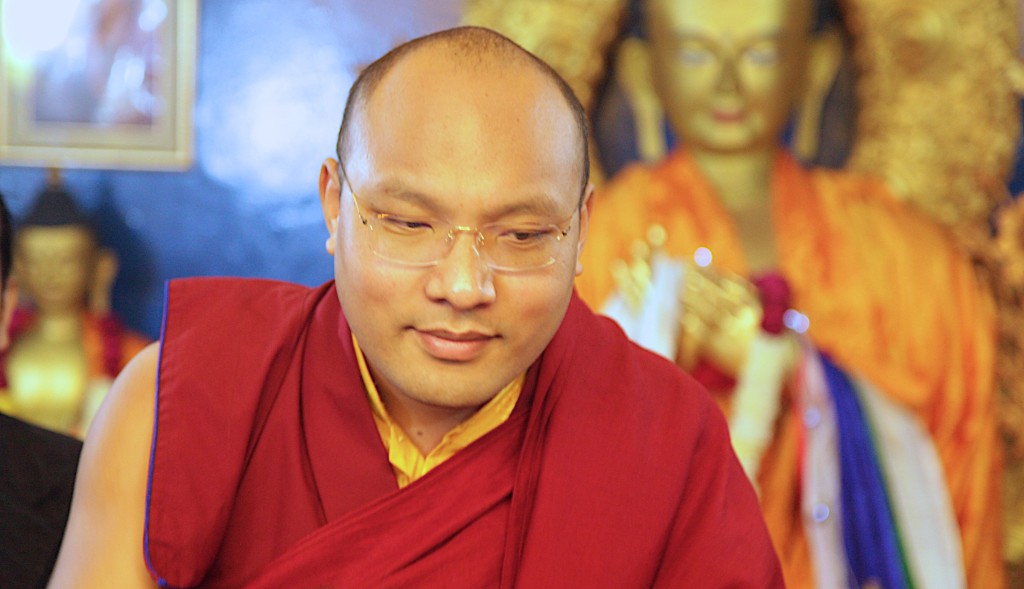 We were really fortunate that His Holiness the Karmapa fulfilled his promise to visit Tushita just before Christmas. It was a short morning visit, but very sweet.

Director Dr. Renuka Singh, in her welcome speech, quoted His Holiness the Dalai Lama who has said that whereas the last century belonged to people of his generation, the 21st century belongs to young leaders like the Karmapa, who have a great responsibility to guide people in these challenging times.

His Holiness the Karmapa started his visit by saying how he felt a good spiritual feeling as soon as he entered Tushita and that he appreciated that.

In his short interaction with the approximately 30 people who had gathered, His Holiness said that the emphasis given to mindfulness practice at the present time has not been wholly positive. He felt it had been commercialized and thus its effect cheapened. He warned us against using Dharma in this way. His Holiness also stressed the tremendous importance of motivation in our practice. This determines whether what we do is Dharma or not.

His Holiness then carefully ate one biscuit and nodded appreciatively.

Then, while Ven. Kabir Saxena read out some words of thanks, people bustled around His Holiness to have photos taken with him, to which he kindly and patiently consented.

Lama Zopa Rinpoche’s thanks to His Holiness for visiting were conveyed, as well as a plea for His Holiness’ guidance in these degenerate times. We requested His Holiness to have a long and healthy life, for his holy wishes to be fulfilled and recalled a moving image His Holiness himself had used some years back in which he said he would like to have the moon always be the bearer of his love for us, even when his body is no longer present.

After His Holiness left, the glow of his love still pervaded the small Tushita gompa. How fortunate we are!

FPMT brings you news of Lama Zopa Rinpoche and of activities, teachings and events from nearly 160 FPMT centers, projects and services around the globe. If you like what you read, consider becoming a Friend of FPMT, which supports our work..